Logger sports has a tradition stretching back over one hundred years, earning the title 'The Original Extreme Sport'. Back in the late 19th century, lumberjacks began pitting themselves against one another with axe and saw outside their working hours. The sport has its roots in Australia and New Zealand. All the disciplines require the athletes to demonstrate skills in handling the equipment and the wood, along with strength, stamina and a precise technique.

The sport arrived in Norway in 2000 and in Sweden in 2008. Two World Championships have previously been held in Scandinavia (in Lillehammer in Norway to be precise) in 2012 and 2017. STIHL TIMBERSPORTS® is huge in Norway and the World Championship is broadcast on TV2 Norge each year, and the sport is becoming increasingly popular in Sweden too. 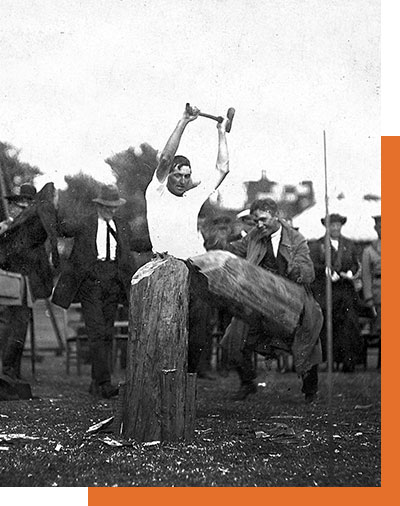 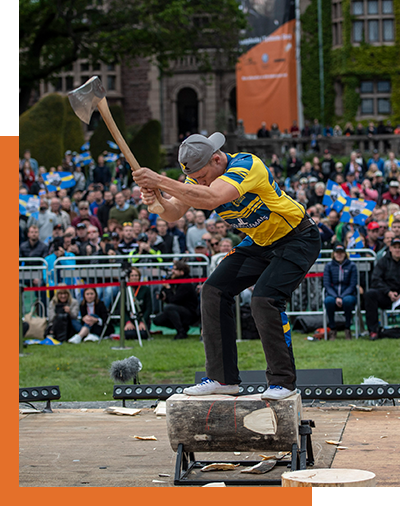 TIMBERSPORTS® comprises six disciplines: three with an axe, two with a chainsaw and one with a handsaw. These disciplines replicate the felling of a tree or the cutting up of a felled tree and have their origins in traditional lumberjack skills.

The disciplines using an axe are Underhand Chop, Standing Block Chop and Springboard. Stock Saw is performed using a powerful standard chainsaw, Single Buck with a two-metre-long handsaw, and Hot Saw with a customised 62 hp chainsaw. 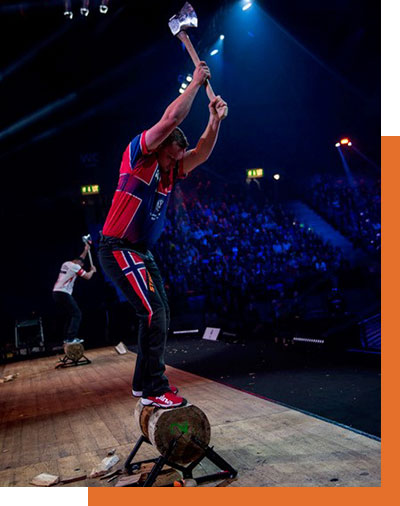 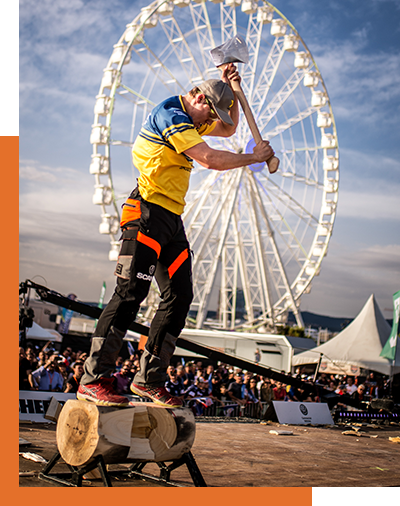 The STIHL TIMBERSPORTS® World Trophy (former Champions Trophy) is one of the highlights of the TIMBERSPORTS® season. The athletes compete in four extremely challenging disciplines one after another. This requires mental strength, perfect technique and endurance. Competitors need to draw on all their reserves and give all they have during the knock-out rounds. Maximum effort is required during each duel and each round. The slightest mistake can lead to elimination. The two athletes who win all their rounds progress to the final and compete for the title.

TEAM WORLD CHAMPIONSHIP
More than 100 athletes from around 20 countries compete in the STIHL TIMBERSPORTS® Team World Championship. Four athletes compete in a relay format in the disciplines Stock Saw, Underhand Chop, Single Buck and Standing Block Chop. The national teams compete in knock-out rounds, where the team that completes the round in the quickest possible time wins and advances to the next round. The two teams that win all their rounds progress to the final and compete for the title of Team World Champion.

INDIVIDUAL WORLD CHAMPIONSHIP
The world’s 12 best athletes compete in the individual competition for the prestigious title of world champion. The athletes compete in all TIMBERSPORTS® disciplines in three rounds, with points awarded based on the quickest times in each discipline. At the end of each round, the athletes with the lowest points totals are eliminated. The six athletes with the highest points totals compete for the title of world champion in the final round, which involves the deafening yet impressive Hot Saw discipline. The athlete with the highest points total after all six disciplines is crowned STIHL TIMBERSPORTS® World Champion. 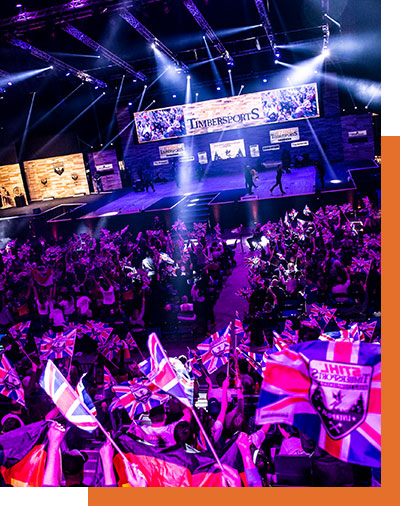 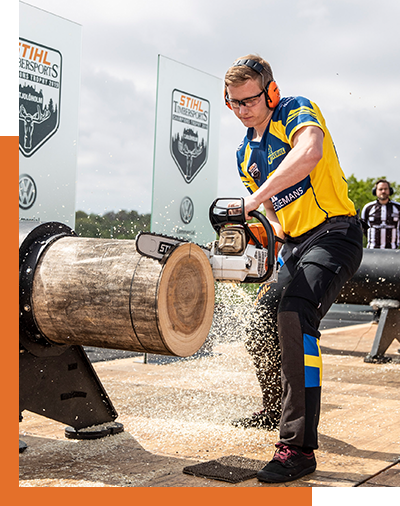 The Rookie World Championship takes place at the start of the World Trophy (former Champions Trophy). Here ten promising young athletes from different countries compete in four disciplines. Two young athletes compete head to head in one discipline over a number of rounds. Once all the athletes have completed one discipline, points are awarded based on the recorded times, with maximum points being awarded for the quickest time. The athlete with the highest points total after all four disciplines will be crowned Rookie World Champion. A rookie must be under 25 years of age and qualify for the World Championship through a national selection process.