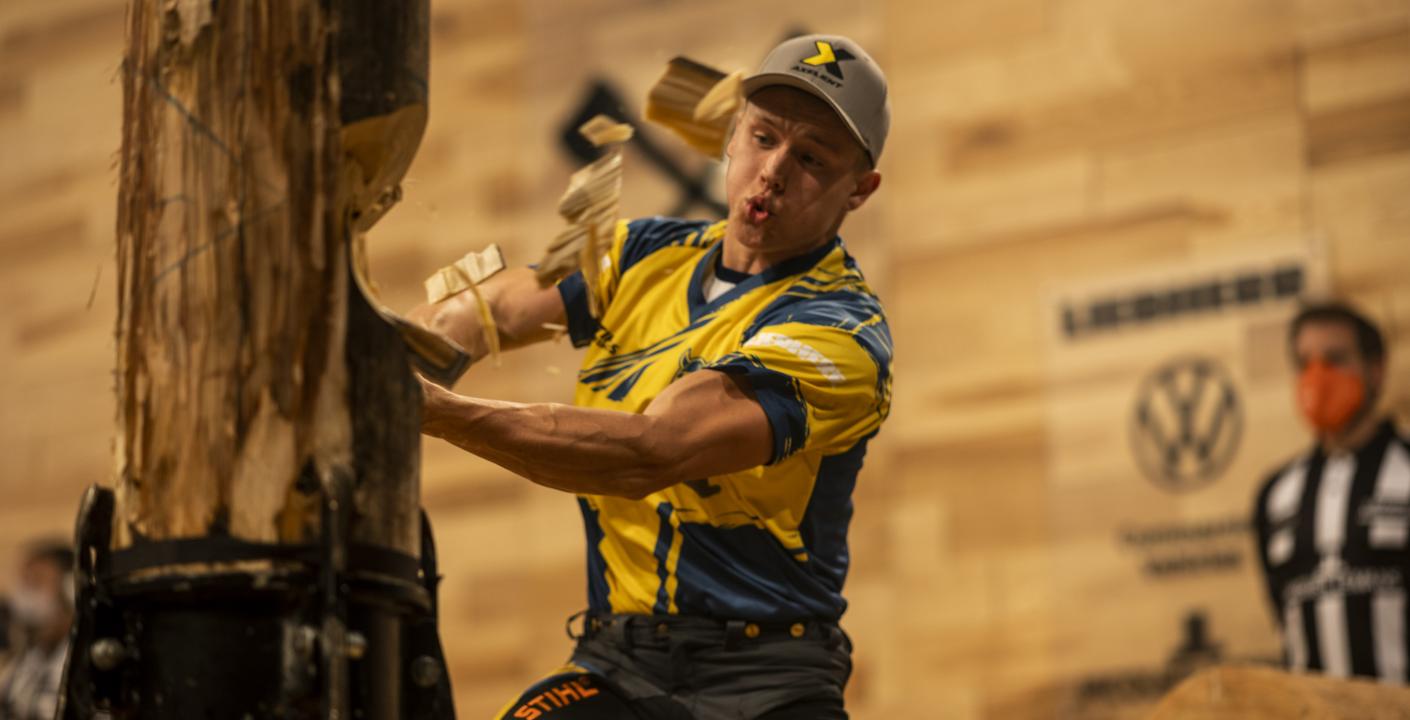 Ferry Svan once again proves he is a top TIMBERSPORTS® athlete as he wins gold in TIMBERSPORTS® Four Nations Cup during Sunday evening. The swede dominated the competition and places ahead of experienced athletes from France, Austria and Switzerland. Ferry Svan also set four new personal best, one of them a new Nordic record. In the Six Nations Cup for rookies earlier during the day, Emil Hansson placed second after a tough start of the competition.

Ahead of Sunday’s competition, Ferry said he is in his best shape this far. During Four Nations Cup, he proved he was right as he won the gold medal, his first in an international competition since his Rookie World Champion title back in 2017. With a win of nine points ahead of second place, Ferry beat experienced athletes such as five-time French champion, Pierre Puybaret, Armin Kugler from Austria and the 46-year-old veteran Christophe Geissler from Switzerland. In addition, Ferry set record after record with four personal bests, one of them a new Nordic record in the advanced discipline Springboard.

– It feels great! I have had great confidence and felt that everything I have practiced is in place. Now I will head home and prepare for the European Trophy qualifications. I am in great shape and will focus on the next competition, says a very happy Ferry Svan.

Strong recovery in Six Nations Cup
In the Rookie competition Six Nations Cup earlier during the day, Edvin Karlsson and Emil Hansson from Sweden had a rough start disqualifying in the first event Stock Saw. However, Emil Hansson managed to recover, won the remaining three disciplines, and placed second. In the last event, Underhand Chop, Emil set a new Nordic record by fine-tuning his earlier record with two seconds.

– I am very happy with today’s competition. It is impossible to make a better recovery than winning the remaining three events, placing second and to set a new Nordic record, says Emil Hansson.