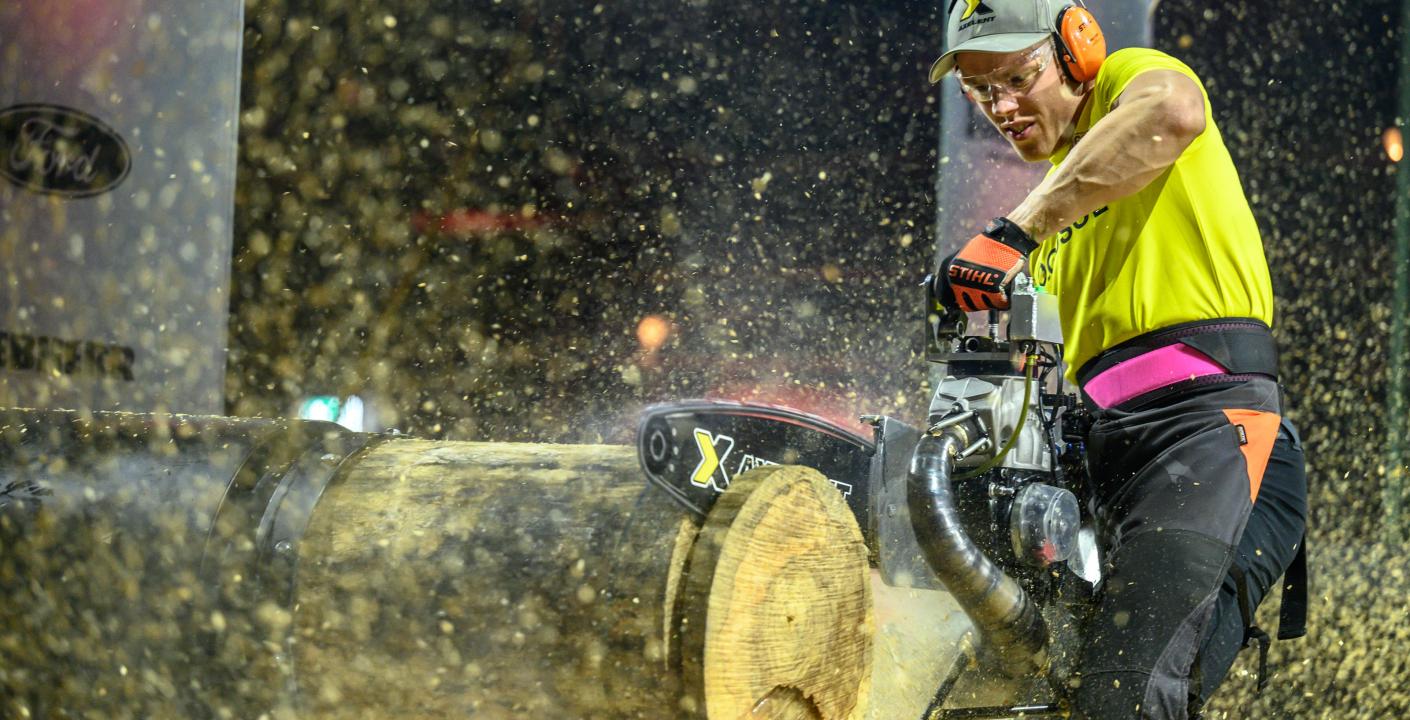 Poland continues to dominate in TIMBERSPORTS® and was the winner of this weekend's STIHL TIMBERSPORTS® European Nations Cup in Munich, Germany. Germany took second place and France third. The competition format, which combines the results from both the rookie and the PRO competition, challenged all athletes to perform for a top position. The Swedish athletes impressed with several records but faced tough competition from other top European athletes. Sweden was in sixth place after the rookie competition, and eventually finished seventh.

During Saturday's European Nations Cup, sixteen athletes from nine nations competed for the honour in an individual rookie competition, followed by a PRO competition with just as many PRO athletes and represented countries. This year the competition introduced an exciting new element to the traditional Nations format with the overall winners determined by a combined nations ranking from both competitions at the end of the day.

– This was the first time we presented this format and we got to see a trilling battle between the nations where Europe's best athletes, both Rookies and PRO´s showed great strength, technique and endurance, says Emma Birgersson, Nordic PR & Communications Manager at STIHL TIMBERSPORTS®.

Several Swedish rookie records
Poland's Szymon Groenwald dominated the rookie competition, winning three of the four disciplines and setting a new rookie world record in the Single Buck with an astonishing 12.28 seconds. Sweden was represented by Edvin Karlsson and Adam Bjöns, who finished in eighth and fourteenth place respectively. Several athletes performed personal best, and so did Edvin in the disciplines Single Buck and Underhand Chop – the first mentioned was also a new national rookie record. Adam Bjöns, who competed at European level for the first time, also impressed with several personal records – in Standing Block Chop, Single Buck and Underhand Chop.

After the rookie competition and when it was time for the PRO athletes, Sweden was in sixth place. At that point, Poland was leading the ranking, followed by Switzerland and Italy.

Several records were broken also during the PRO competition, including Polish Michal Dubicki setting a new European record in Underhand Chop with a time of 14.19 seconds. It was a tough battle between Michal Dubicki and Danny Martin from Germany who finished first and second respectively. Only 20 seconds in total, separated the two athletes. In third place came Austria's Armin Kugler.

Swedish Emil Hansson, who started competing in the PRO class this year, finished in thirteenth place after a personal best in the Standing Block Chop discipline but was disqualified in the Stock Saw discipline. Sweden's second PRO athlete Ferry Svan was one of eight athletes with the highest score after four disciplines and therefore progressed to the next round of the competition. Ferry was second fastest in the thrilling discipline Hot Saw and finally finished in fifth place.

The double win – in the rookie and PRO classes - handed Poland the overall European Nations Cup title in the new format, followed by Germany and France. Despite several records, it was not enough for a podium place for Sweden, which finished in seventh place.

– I had some trouble during the competition and the split seconds was not completely on my side, but I am quite happy with the Hot Saw result. Now I will reload and train for the Nordic Championships at the end of August, says Ferry Svan.