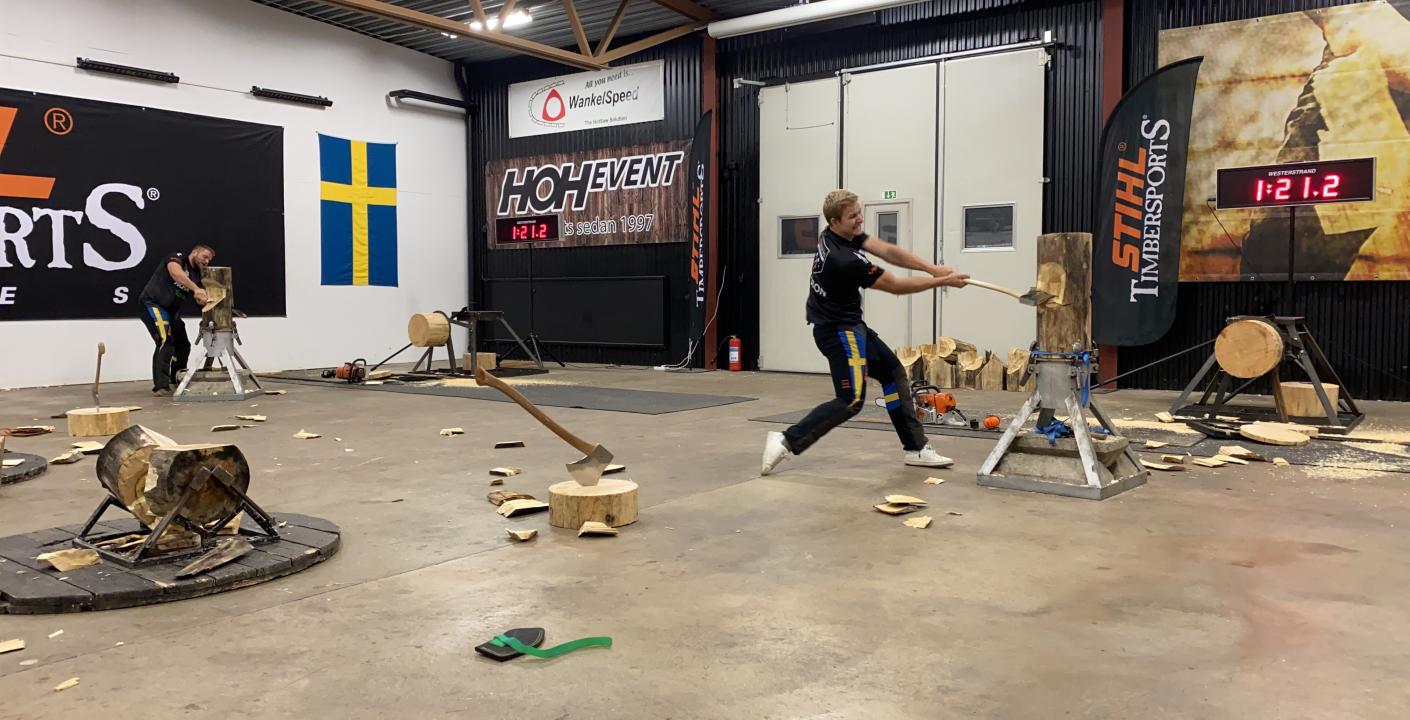 The Swedish qualification for the European Trophy was held this weekend. Emil Hansson and Calle Svadling will represent Sweden on November 8 in Munich. The physically challenging Trophy format tested the athletes in endurance and strength and the athletes showed great performance battling it out for the two spots.

The Swedish qualification for European Trophy was held behind closed doors in the training facility in Orsa during the weekend. The two athletes who had the fastest times after completing two heats with the four disciplines Stock Saw, Underhand Chop, Single Buck and Standing Block Chop were qualified to compete for the European title.  The European Trophy is also a qualification to the international championship World Trophy 2021 (former Champions Trophy) where the twelve top athletes in the world compete about the prestigious championship title. Emil Hansson and Calle Svadling placed first and second – respectively – and are therefore qualified for the competition in Munich in November.

In total, four Swedish athletes competed in the Swedish qualifier and it was a tough battle to earn the top two placements. When all heats had been completed there were only seconds and tens of seconds that separated some of the athletes. The young talent Emil Hansson placed first and continues to impress and compete internationally and participating in European Trophy will be his first. Calle Svadling placed second and the final qualified athlete. In last year’s European Trophy Calle earned a bronze medal.

– My goal was to place among the top two and it feels great to have qualified though a tough battle for the spot. My hope is a top five-placement in the European Trophy, says Calle Svadling.

– It feels great and I am happy to qualify. I knew I had a chance to take a spot. For European Trophy my chances are good but until the competition I will focus on building stamina to be able to keep up with the top athletes, says Emil Hansson.

Between second and third place, only a second differed. Ferry Svan, who is an experienced Trophy athlete with a seventh place in the Champions Trophy 2019 (now World Trophy), placed third right before Pontus Skye.