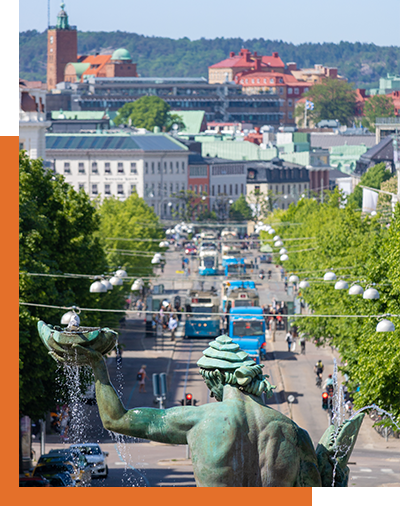 The STIHL TIMBERSPORTS® World Championship will take place on the 28-29th of October 2022 in Gothenburg. More than 100 athletes from over 20 nations will compete over two nights at the Partille Arena to take home the prestigious title of team world champions, while the world’s 12 best athletes will compete for the title of individual world champion.

This is the first time that Sweden will host the STIHL TIMBERSPORTS® World Championship. The competition attracts thousands of spectators who watch events alongside fans from both the host country and around the world. The Championship is shown in, among other countries, Germany, Australia, the USA, Canada and Norway, and watched by millions worldwide.

The STIHL TIMBERSPORTS® World Championship is the biggest event in the global lumberjack sports world. The Swedish and Norwegian national teams has the opportunity to represent the Nordic countries in the team competition and possibly also in the individual competition, when the world’s elite from countries including Australia, the USA, Canada, Germany, New Zealand, the UK and France visit Sweden. All of whom want to be World Champion.

The STIHL TIMBERSPORTS® World Championship 2022 will take place at the Partille Arena, just 10 minutes from the centre of Gothenburg. There is easy access to the arena by bus and train from Gothenburg Central Station or by car via the E20. Facilities at the arena include a restaurant, bar and other food outlets.

The arena can accommodate up to 5,500 spectators and will welcome the world’s elite during the World Championship the 28-29th of October. Thousands of fans from around the world will fill the arena to cheer on their national teams and see a world champion crowned in the individual competition. 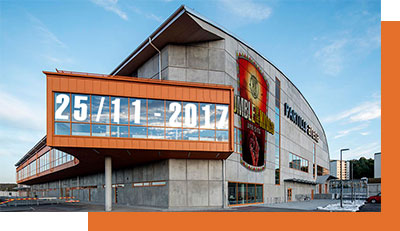 More than 100 athletes from over 20 countries will be competing in teams of four in a relay competition for the title of world champion. The teams compete in exciting duels, with the quickest team advancing to the next round. In the competition set-up you’ll find Stock Saw, Underhand Chop, Single Buck and Standing Block Chop. In recent years teams that have made the final have impressed with quick times and taken less than a minute to get through four wood blocks. 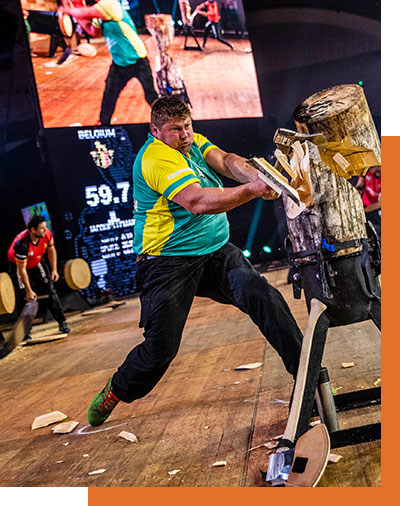 The world’s 12 best athletes compete in the individual competition for the prestigious title of world champion. The competition includes all STIHL TIMBERSPORTS® disciplines and takes the form of three rounds, with points awarded based on the quickest time in each discipline. The athletes with the lowest points totals are eliminated at the end of each round. The final will see the last remaining six athletes compete in the Hot Saw. The athlete with the highest points total after all the disciplines have been completed will be crowned the STIHL TIMBERSPORTS® World Champion. 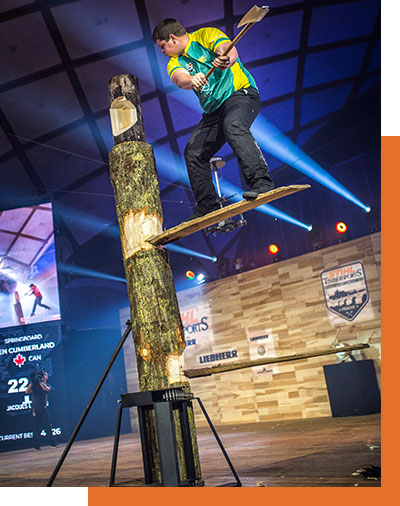