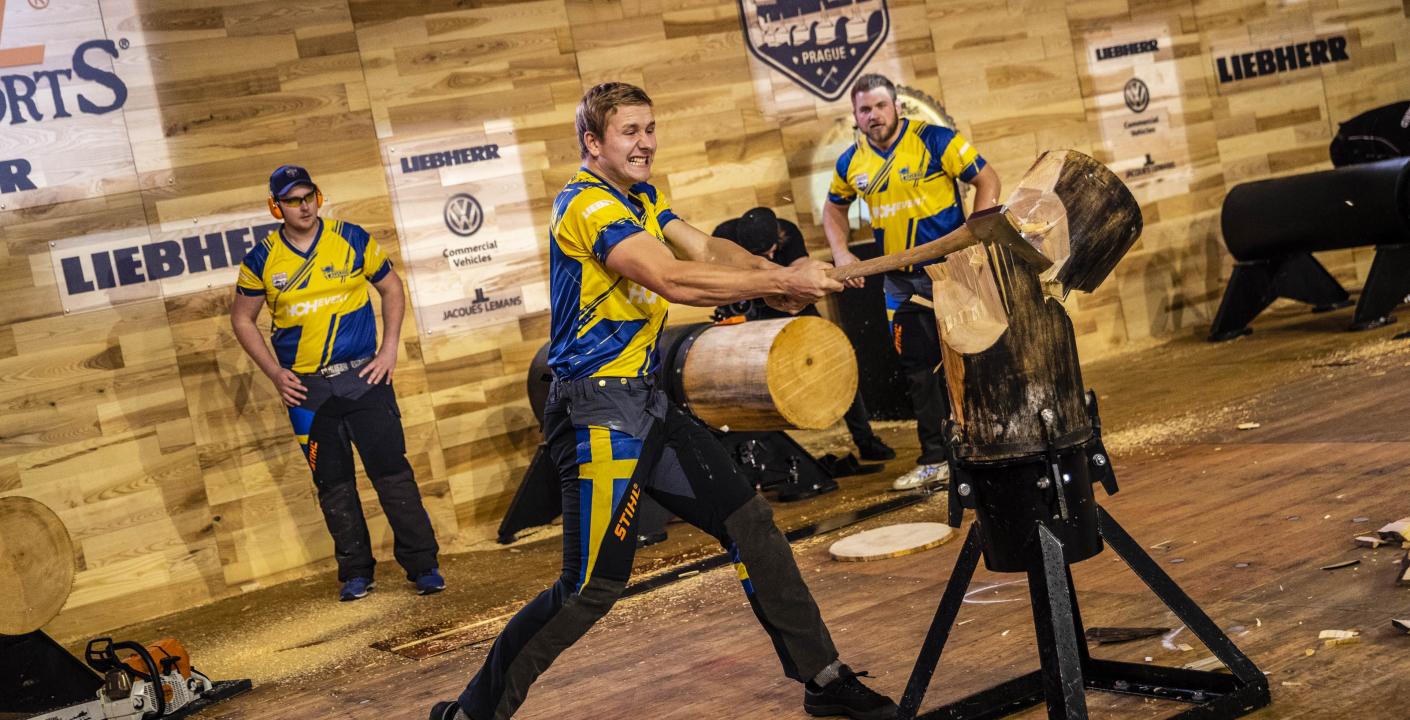 After the cancellation –Sweden will host STIHL TIMBERSPORTS® World Championship 2022

In 2020, the world's largest championship in timber sports was planned to be held in Sweden, but the competitions were cancelled due to the pandemic. Now it is official – STIHL TIMBERSPORTS® has decided to host the World Championship 2022 in Sweden. On 28-29 October 2022, more than a hundred athletes from all over the world will compete individually and in team competitions in Partille Arena outside Gothenburg.

After almost two years of waiting, with cancelled competitions because of the pandemic, it is now official – in 2022 Sweden will, for the first time ever, host the STIHL TIMBERSPORTS® World Championships. The last weekend in October 2022, the world elite within the extreme sport STIHL TIMBERSPORTS® will head to Sweden to battle for the desirable world championship titles. Around 120 athletes from more than 20 countries will face axe to axe and saw to saw. Eyes from all over the world will then be turned to Partille Arena where the competitions will be held.

– We are very happy to finally be able to arrange this championship. TIMBERSPORTS® is an exciting sport and we look very much forward to welcoming everyone to the sports and event city of Partille, says Håkan Axlid, Booking and Production Manager Partille Arena.

After two years with international competitions behind closed doors, STIHL TIMBERSPORTS® is planning for a weekend with also an audience on site.

– It is an honour to host this prestigious championship and welcome the world’s STIHL TIMBERSPORTS® athletes. This extreme sport has an international and large audience – people from all continents are following the competitions via TV and social media and many very committed fans participate on site. We hope that the circumstances allow, and we will plan for, a world championship with an audience in the arena, says Emma Birgersson, PR & Communications Manager STIHL TIMBERSPORTS®.

Saturday, October 29th, 2022, the Individual World Championship will be held and the world's twelve best athletes will battle with powerful chainsaws and sharp axes. The athletes compete in all six disciplines of extreme sports: three with an axe, two with a chainsaw and one with a two-meter-long hand saw. The competition takes place in three knockout rounds where the athletes get points in each discipline based on their time. The athlete with the highest score after all rounds wins the honourable title Individual World Champion 2022. When the World Championship was last held, in Prague 2019, Swedish Ferry Svan took seventh place and the world champion title was won by Brayden Meyer from Australia.

The day before the individual competitions, the Team World Championship will be heldand teams of four compete in a relay format in the disciplines Stock Saw, Underhand Chop, Single Buck and Standing Block Chop. The teams meet two and two in knockout rounds and as in the individual competitions, there will be a thrilling battle for the podium. Not least from the Australian team that is fighting for hat-trick as they have been the winners of the last two championships. The last time, 2019, the Swedish national team placed in seventh place.

STIHL TIMBERSPORTS® is following the development of the pandemic, authorities' advice and restrictions. Plans for upcoming competitions and events may therefore be subject to change and adapted.