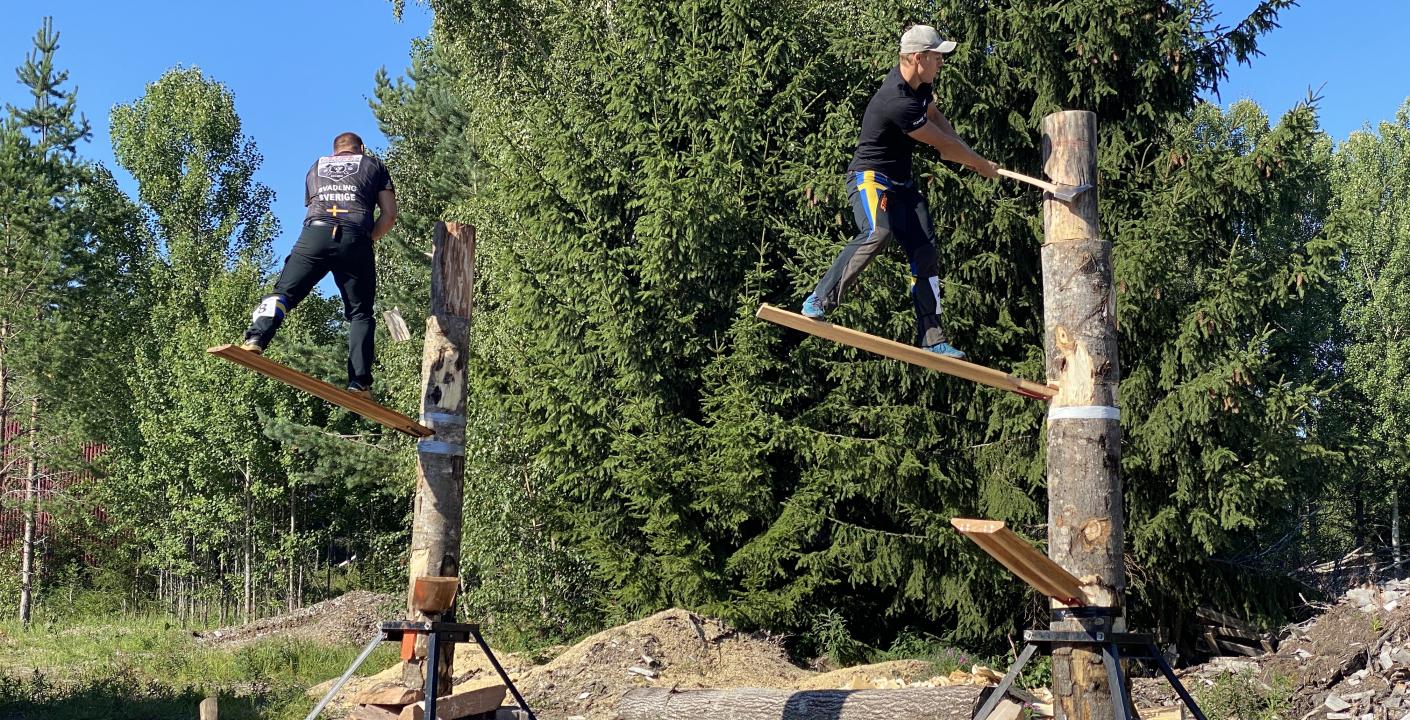 4 Nations Cup and 6 Nations Cup will be held on Sunday in Munich, Germany. Top athletes from four and six nations respectively will finally compete in what will be the first international TIMBERSPORTS® competition of the season. Athletes from Sweden, Austria, France and Germany among other have their eyes on the title.

Internationally known and experienced athletes will represent Sweden. On August 15 in Orsa, Sweden, this year’s first Swedish competitions were held, which also was the qualifications for the upcoming competitions this weekend. For the rookie competition, 6 Nations Cup, the bronze medalist from Rookie World Championship 2019, Emil Hansson, has qualified together with the upcoming athlete Edvin Karlsson. In the PRO competition Johannes Eriksson, Calle Svadling and Ferry Svan will compete for this year’s first title.

- I have never been in better shape. Competition experience this year is unfortunately low but I have improved my overall shape and specifically in some disciplines. Now I am aiming for the podium and preferably on top, but any place on the podium should be a realistic goal, says Ferry Svan.

During the qualifications, Ferry Svan set a new Swedish record in the spectacular discipline Springboard. A record he has had his eyes on for a couple of years.

Implemented health guideline
Health guidelines has been implemented prior to the competition. All participants are obliged to follow these during the competitions, including athletes, crew and others located on site. The guidelines are adapted to the current situation and based on recommendations from local authorities. Physical distance, good hand hygiene is mandatory as well as keeping the number of persons present to a minimum. In those situations, it is unable to keep physical distance facemasks are required. The competitions are held in a film studio in Munich and will be executed without an audience. Both competitions will be livestreamed on official STIHL TIMBERSPORTS® social media channels.