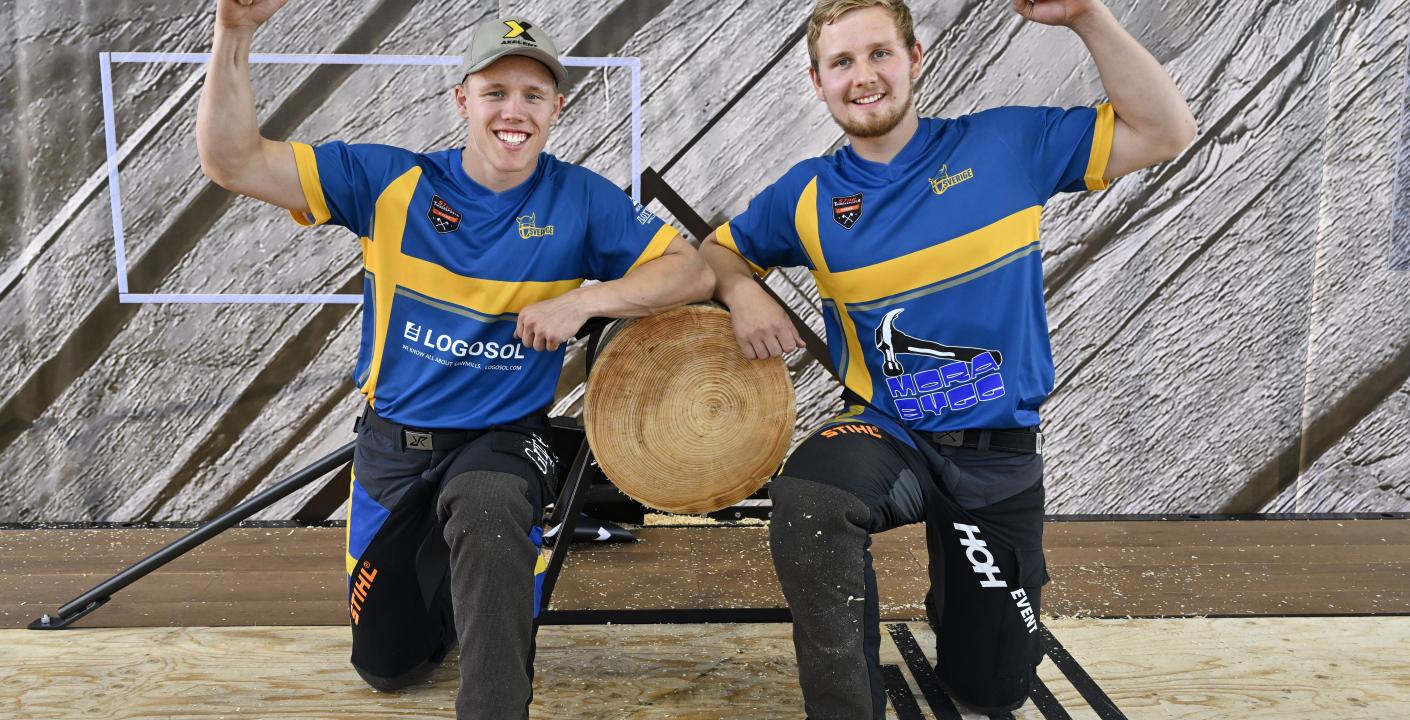 Nordic TIMBERSPORTS® athletes compete against the elite in France

On the 3 of July, four Nordic athletes go up against some of the best STIHL TIMBERSPORTS® athletes in Europe. Swedish PRO athletes Ferry Svan and Emil Hansson compete in European Trophy 2022, while Rookie athletes Edvin Karlsson, Sweden, and Bo Andersen, Denmark, battle in the French Rookie Championship.

Four Nordic TIMBERSPORTS® athletes will be in Schirrhein, France, on the 3 of July to represent their countries in fierce competitions. The two Swedish PRO athletes Ferry Svan and Emil Hansson will be competing in European Trophy 2022, where the outcome decides which athletes will qualify for the World Trophy 2023. European Trophy gathers the best athletes in Europe and the Trophy-format is the toughest one in the sport. The athletes must complete four disciplines in a row, on the best possible time.

During this year's edition of the World Trophy, Ferry Svan placed fifth, while Emil Hansson finished seventh. Now the swedes are hoping to continue the promising start to the season with qualifications to next year’s competition.

– I look forward to going to France and face the other European athletes. The Polish athletes are particularly good, and it will be a fierce competition for the places to World Trophy 2023. I managed to win the European qualifications last year, and that is my goal for this year’s competition as well, says Ferry Svan.

More Nordic athletes competing in Schirrhein
On the same day as European Trophy, two Nordic Rookie athletes compete against some of Europe’s best Rookie athletes. Swedish Edvin Karlsson and Danish Bo Andersen will compete in French Rookie Championship. Edvin Karlsson made his international debut in May, during Rookie World Championship, and has had a great start to the season. Bo Andersen made his competition debut earlier in June, during Nordic Cup, where he finished second behind Edvin Karlsson and broke three Danish Rookie records. Now the stage is set for the promising Dane’s international debut.

– The competition will be hard, and it will be tough for me to reach the higher placements, but my goal is to better my times from the last competition, even though it’s all about winning for me, says Bo Andersen.

Follow the livestream from European Trophy on 3 July, from 3 PM, here.