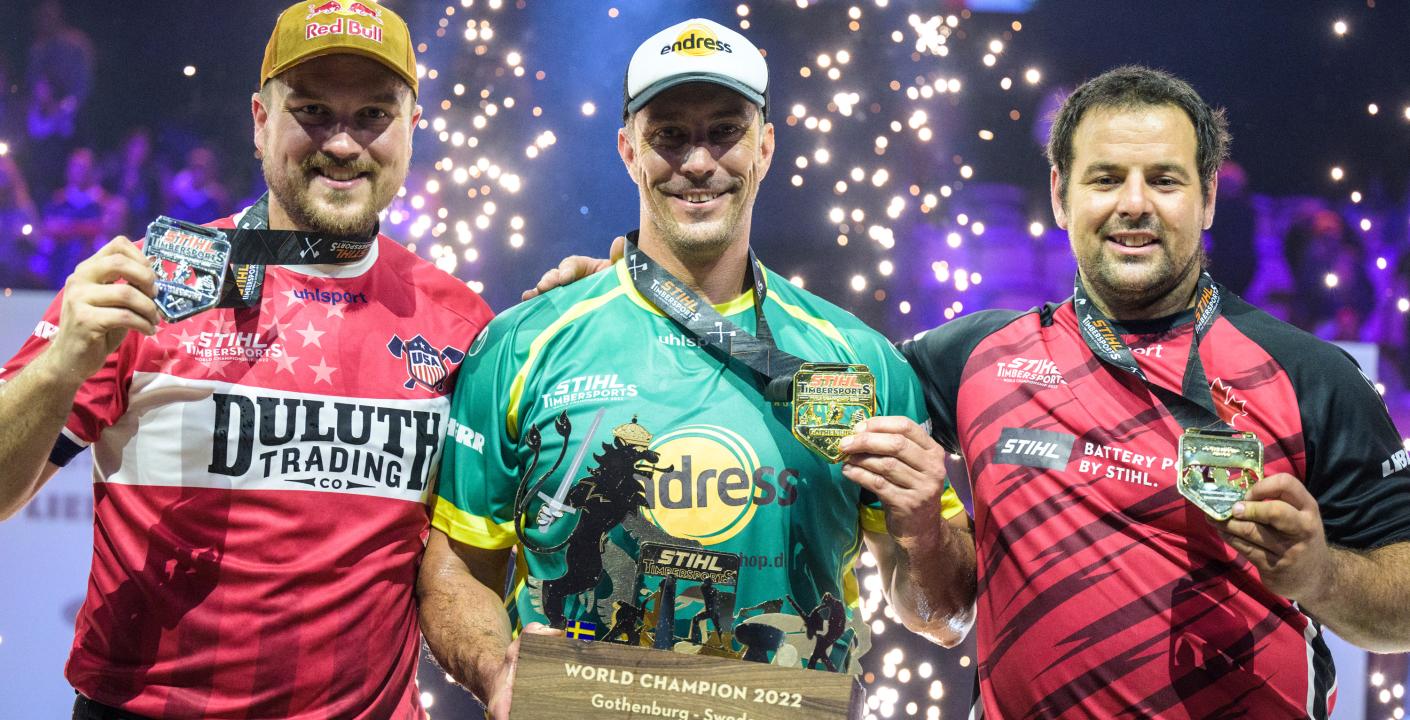 Gothenburg and Partille Arena hosted the 2022 Individual World Championship in TIMBERSPORTS® on Saturday October 29. The youngest competitor of the evening was Swedish Emil Hansson from Mora, Dalarna. For the first time in a World Championship, Emil competed against the eleven best athletes in the world on home turf in front of an audience of over 3,000 spectators.
– It was unbelievable to enter the arena and be greeted by Swedish flags and a cheering home crowd, says Emil Hansson, 21 years old from Mora.

When Swedish Emil Hansson debuted in the Individual World Championship, the journey ended after the first round. Hansson placed tenth. Swede Ferry Svan is still the only Nordic athlete to reach the second round of a World Championship.
– As a debutant and the youngest, I was there to learn. Of course, I had hoped to get the chance to show a little more, but I am happy to have been able to represent Sweden at home, says Hansson.

The first event, the Underhand Chop, presented Hansson with a challenge that resulted in a time of 37.21 seconds, 18.77 seconds off the heat's top finisher. In the next discipline, Stock Saw, Emil made a time of 10.63 seconds, the eleventh best time. In the Standing Block Chop discipline, Hansson gave a great performance and places third best. However, it was not enough to catch up with the result from previous disciplines and Hansson did not advance to the next round.

– I was unlucky with the block in the first discipline and that made me fall behind. It affected my effort in the second discipline as well, but then it dropped in the Standing Block Chop where I felt safe and made a good time, says Emil Hansson.

Australian Brad De Losa took home the gold medal after a thrilling round of Hot Saw and was crowned TIMBERSPORTS® World Champion for the second time. During Friday's team championship, 45-year-old De Losa also won gold for the fourth time in a Team World Championship together with the Australian national team. With a narrow margin, Matthew Cogar from the USA ended on a second place closely followed by the Canadian Marcel Dupuis.