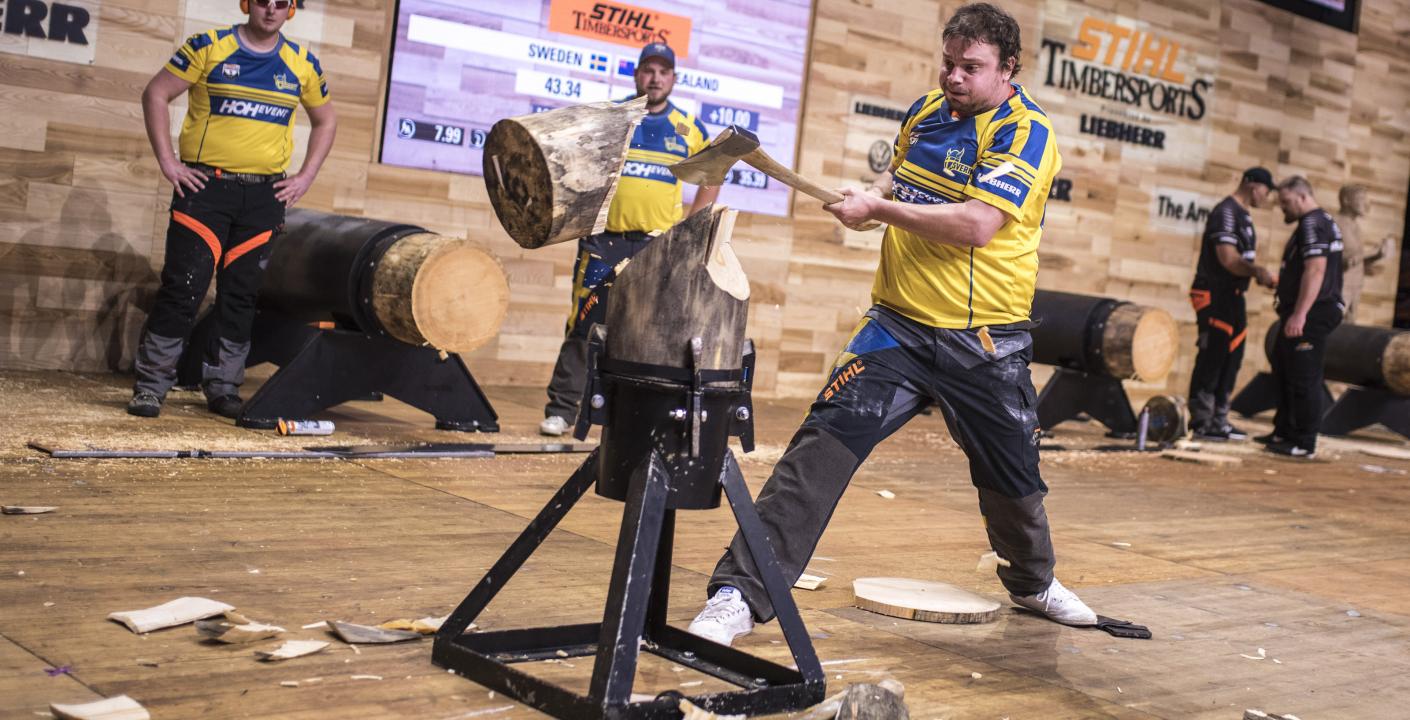 Swedish national team aim to be best in Europe

On Friday’s STIHL TIMBERSPORTS® Team World Championship, 22 national team will compete for the world champion title and the Swedish team has set a high goal. For the first time they aim to leave the championship as number one national team in Europe. A goal which might put the Swedes on the podium.

During the weekend, the Swedish national team had a final training camp before leaving for the STIHL TIMBERSPORTS® World Championship in Prague. Focus at the official training camp in Orsa, was to train together for the team world championship where the Swedish team has the possibility for a high placement. Historically, the team has a fourth placement as their personal best, which was set during TIMBERSPORTS® World Championship 2014. The last couple of years the team has been close to beat the existing Nordic record but have failed with only a small marginal. All Swedish athletes has trained hard for this year’s championship, to be able to keep up with the world elite.
“We are in good shape and long for revenge! It is tough competition for the top placements, but of course, it is a dram to end up on the podium,” says Calle Svadling.

Best team in Europe
For many years, the great nations USA, Canada, Australia and New Zealand are among the favorites, and the sports has its roots in these countries. Great teams are to compete in this year’s championship, while many from Europe. The Swedish team is in good shape and aim to be the best European team when the team world championship has ended on Friday night.
“We have had these great possibilities before, as we have this year and we need to complete each heat around the minute to beat teams as Germany, Poland and Czech Republic,” says Swedish team captain Hans-Ove Hansson.