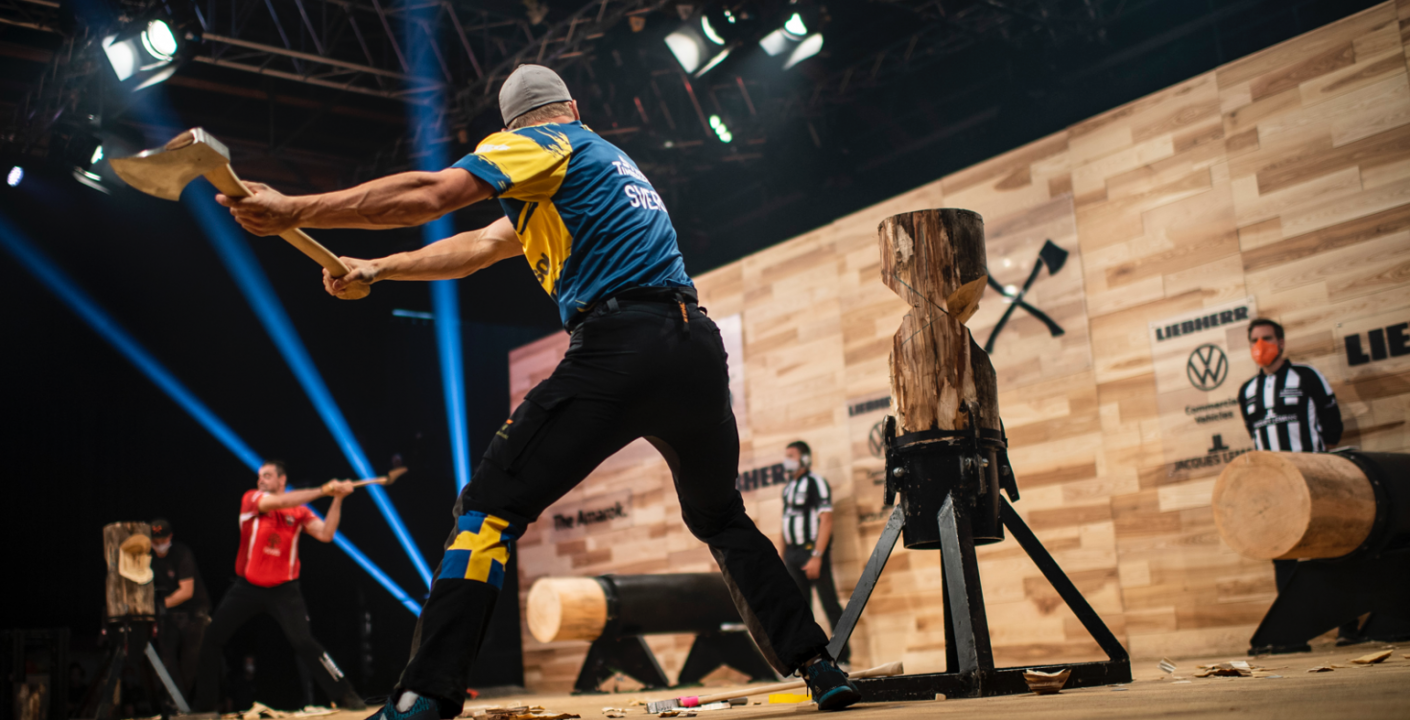 STIHL TIMBERSPORTS® announces a full schedule of national and international events, as the original extreme sport prepares to saw back into action in 2021.

The international season will kick off on the weekend of 31st July, with the European Trophy. The competition will provide the continent’s top woodchopping and sawing talent with the opportunity to compete to be Europe’s number one TIMBERSPORTS® athlete in the extremely demanding Trophy format. The Rookie European Championship will take place across the same weekend, with both events to be held behind closed doors in the Motorworld in Munich, Germany. The two competitions were originally planned to be world championships, but due to the continued impact of the pandemic and international travel restrictions, the events will be staged for European athletes only.

TIMBERSPORTS® announces international season highlight
The international season will culminate on 2nd October with the Individual World Championship, which will be held in the Motorworld Munich. The competition will bring together the overseas national champions from Australia, Canada, New Zealand and the USA with the eight best national champions from Europe to battle for the title of the best individual logger sports athlete in the world.

All international competition plans are subject to the development of the global pandemic and may change depending on the situation. Unfortunately, due to the ongoing situation, it will not be possible to hold the Team World Championship this year.

National seasons also return
The national seasons have already kicked off and will continue around the globe until October. In Sweden and Norway, respectively, the season is planned to start in June, if the situation allows.

Highlight national competitions will be livestreamed internationally on the STIHL TIMBERSPORTS® Social Media channels, which started with the Australian Trophy on 8th May, ensuring fans around the world have regular access to high class extreme sports content.

The full competition schedule is available at https://data.stihl-timbersports.com

STIHL TIMBERSPORTS® is also delighted to announce that LIEBHERR has renewed its sponsorship of the STIHL TIMBERSPORTS® Series and will continue to be a partner of all international competitions and the main sponsor of the Individual and Team World Championships, for three more years.

Meanwhile Ford has become a new international sponsor and will be the official STIHL TIMBERSPORTS® mobility partner and main sponsor for the World Trophy, as well as the German, Austrian and Swiss national series in 2021.